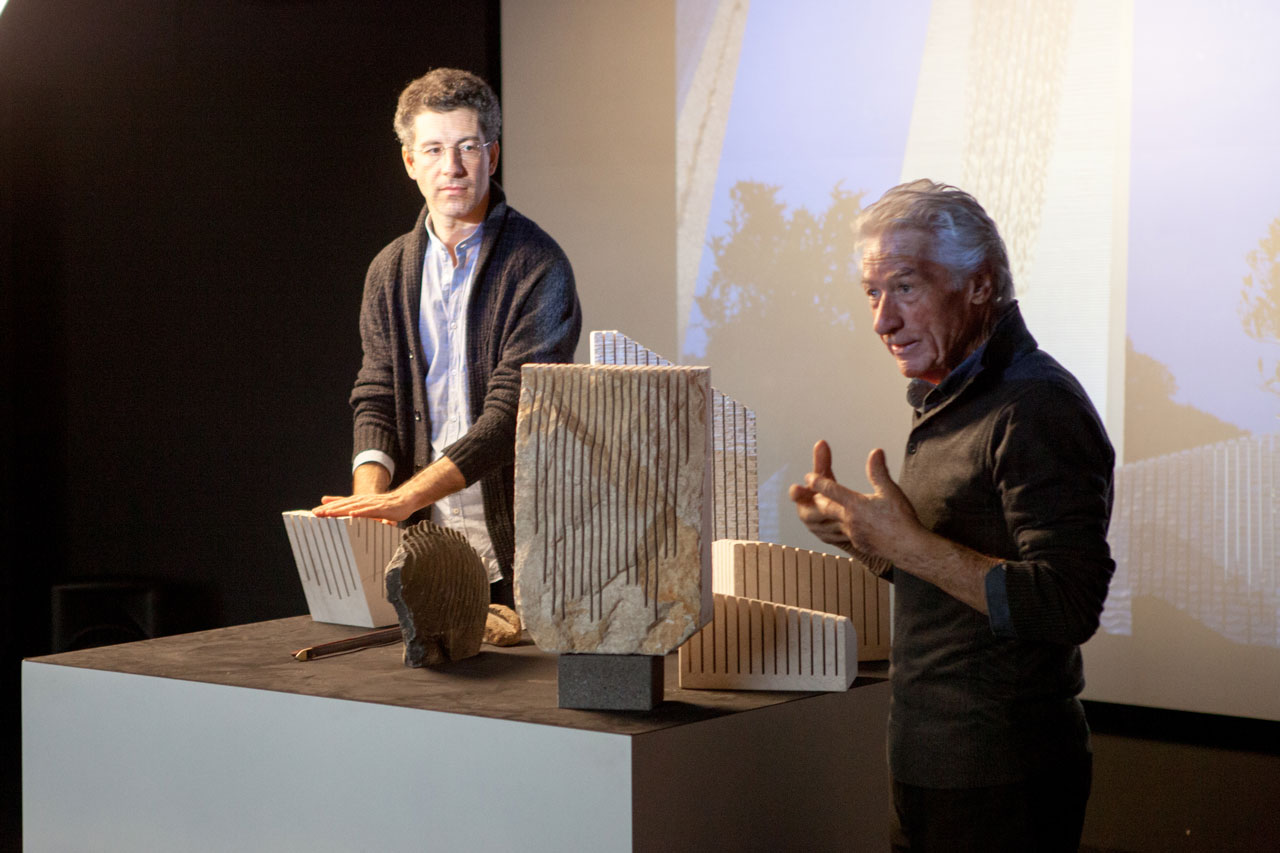 At the beginning of the 90s, after an incessant artistic research, Pinuccio Sciola revealed to the world the magic of the sound of the stone, and thus the Sound Stones were born.

The skil fully crafted basalt limestone sculptures by Sciola represent a resource for composers and musicians interested in experimenting with sound.

Anyone interested in using the Sound Stones in their musical project can contact Dr. Andrea Granitzio – Artistic Director of Music Programming on behalf of the Sciola Foundation, by writing to: andrea.granitzio@gmail.com in cc to info@fondazionesciola.it.

After graduating in law from the University of Cagliari, he obtained a master’s degree in forensic law and the Jean Monnet master – European integration modules.

He began studying cello and piano at the age of 10 at the Giovanni Pierluigi da Palestrina Conservatory in Cagliari and graduated in composition, jazz orchestration and jazz improvisation for piano.

In 2010 he obtained a Master-MMus Composition in composition (contemporary music) at the Royal Birmingham Conservatoire (UK), and met Pinuccio Sciola with whom he began a fruit ful collaboration linked to the study of sound sculptures. The integration of the sounds of the SoundStones with the instruments of the orchestra was the subject of a PhD-Doctorate in Compositionat the Royal Birmingham Conservatoire with a thes is entitled:

“Stone and water in sound: A compositional portfolio, focusing on Speleothemes, as a work informed by the natural growth processes of stalactites and stalagmites”.

Since February 2020 he has been the Artistic Director of Musical Programming of the Sciola Foundation.

In line with the Foundation’s statute and objectives, he examines and selects artistic proposals that involve the use of Sound Stones in musical performances, concerts and internationalization projects.